Why You Must Never Give Up – Fail Your Way To Success

Did you know there’s a law that says you’re virtually guaranteed to succeed…so long as you never quit?

It’s called the Law of Averages.

The fact is that you may have to fail many times before you succeed. Oftentimes you must fail your way to success. This is actually the norm and all successful people know it. Let me prove it to you…

Learn from failures and march on. Oftentimes, you have to fail your way to success. Click To Tweet

FAILING YOUR WAY TO SUCCESS

Strikers in football/soccer miss more times than they score. But if they score, no-one talks about all the times they missed – it’s irrelevant. In order to score that one goal, they may have taken 9 other shots and missed all of them! With a success rate of just 10%, they’re certainly failing their way to success.

NEVER BE AFRAID TO FAIL

Perhaps, the best way for me to get this message over to you would be to quote Og Mandino from his book, ‘The Greatest Salesman In The World‘.

I will persist until I succeed.

The prizes of life are at the end of each journey, not near the beginning; and it is not given to me to know how many steps are necessary in order to reach my goal. Failure I may still encounter at the thousandth step, yet success hides behind the next bend in the road. Never will I know how close it lies unless I turn the corner.

Always will I take another step. If that is of no avail I will take another, and yet another. In truth, one step at a time is not too difficult.

I will remember the ancient law of averages and I will bend it to my good. I will persist with knowledge that each failure increases my chance for success at the next attempt. Each nay I hear will bring me closer to the sound of yea. Each frown I meet only prepares me for the smile to come. Each misfortune I encounter will carry in it the seed of tomorrow’s good luck. I must have the night to appreciate the day. I must fail often to succeed only once.

I will persist until I succeed.

If I still haven’t convinced you to never be afraid to fail, consider the following story. It’s called “3 Feet From Gold”.

Harby’s uncle had gold fever, so he staked his claim and started digging.  After a lot of hard work, the uncle found a vein of ore, so he covered up his find and returned home to raise the money for the machinery that he would need to bring the ore to the surface.

They raised the money and Darby travelled with his uncle back to the site to make their fortune.

Things started well and before long, they had enough to clear their debts.  They were excited, everything from here on would be profit and things were looking good.

Then the supply of gold stopped.  The vein of ore had disappeared.

They kept on digging, but found nothing.

After a while, they quit in frustration and sold their machinery to a junk man for a few hundred dollars.

After they went home in disappointment, the astute junk man called in a mining engineer who checked the mine and calculated that there was a vein of gold just three feet from where Darby and his uncle had stopped digging.

The junk man went on to make millions from the mine.

Darby returned home, paid back everyone who had lent him money and was determined to learn from his mistake in giving up too soon.

He went on to become a phenomenally successful insurance salesman, more than recouping what he would have made from the gold mine.

He learned the lesson that you need to persevere through difficulties and stay focused if you are to become successful.

You must not quit. You have no idea how close you could be to success.

When you keep going, you will be bending the law of averages in your favor.

Each failure is a lesson and brings you closer to success. If you feel like quitting, remember that you could be just 3 feet from gold!

Get ripped at blistering speed without losing muscle and keep gaining in the gym. Also, you get your abs or you get your money back! That’s the power of Mark’s Total Six Pack Abs program. More details here. 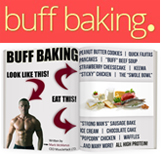 3 Workouts | 7 Days | Up to 3 inches in chest growth! A workout that will fry every muscle fiber in your pecs and literally force new and permanent growth…fast! More details here. 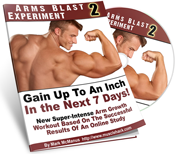 Gain up to an inch on your arms over the next week with new, “hyper-intense” training techniques that force new arm growth. The workout is based on the results of an online study Mark from MuscleHack set up. More details here. 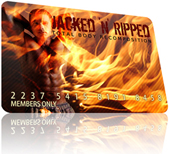 The MuscleHack “members-only” site for total body recomposition i.e. building muscle and burning fat at the same time. The “build & burn code has been cracked”. Member intakes only once every 2 months. More details here.

Can I give you my free Happiness book?

Learn more about the 'Simple Happiness' book by clicking here

Can I give you my free Happiness book?

Learn more about the 'Simple Happiness' book by clicking here